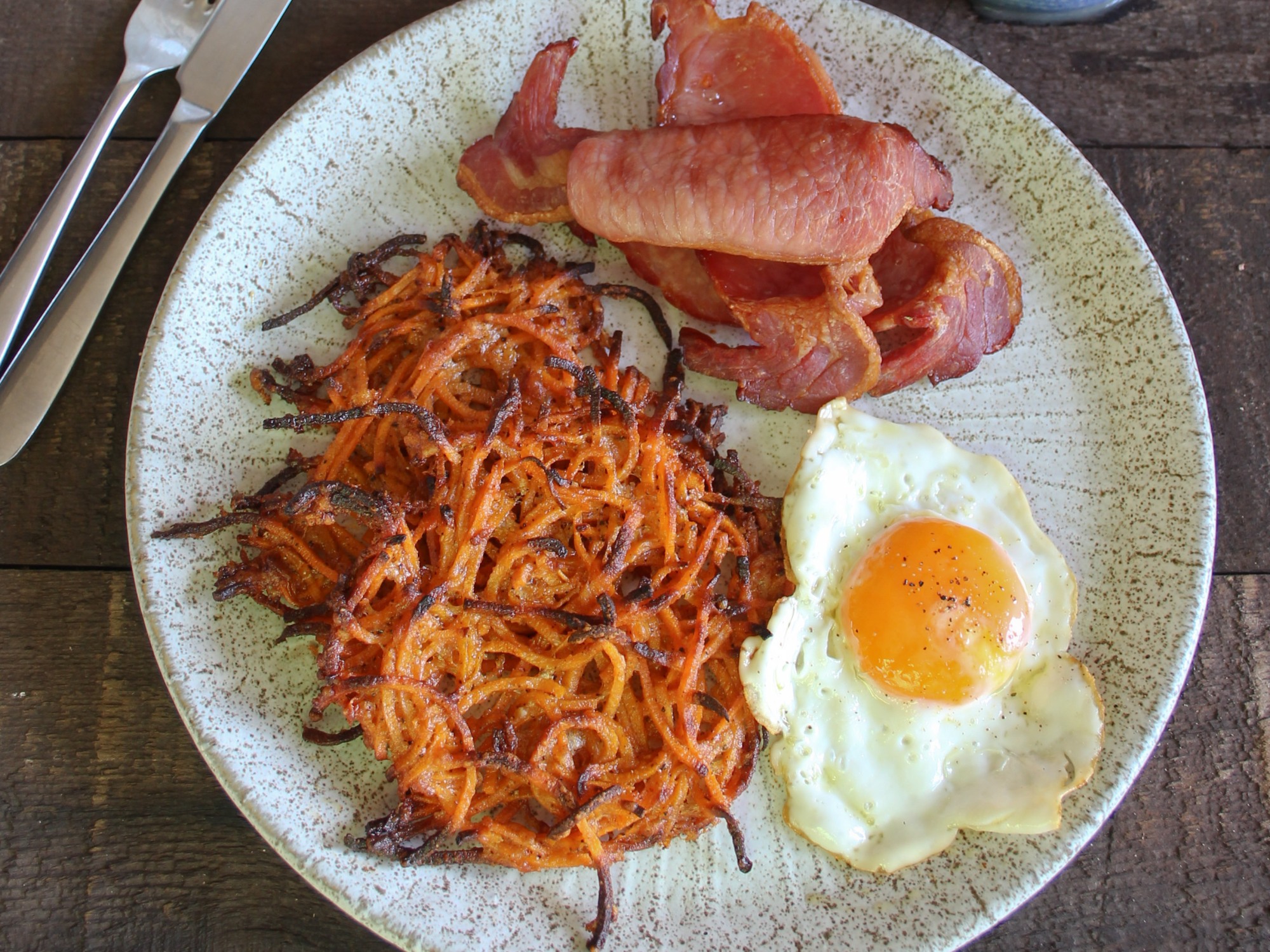 I made these hash browns on Sunday after buying possibly the biggest sweet potato the world has ever seen. I didn’t need such a monster potato but I was a bit hungover from a wedding reception the night before and had completely lost my sense of portion control. I still have half of it left spiralized in my fridge (that’s lunch next week sorted). I adapted the recipe from a classic hash browns one, adding cheese (because you know… cheese is great), using sweet instead of normal potato and baking it in the oven instead of a pan because i’m lazy. This is a great breakfast for a lazy (slightly hungover) Sunday morning, using sweet potatoes instead of normal ones give the hash browns a lovely flavour and they are higher in vitamins and minerals. Plus the kick from the chilli powder and the salty cheese and bacon we’re just what I was craving.

Preheat your oven to 190°C and line a pan with non-stick baking paper.

Peel and spiralize or grate your sweet potato and place into a large bowl.

Put the butter in a small bowl and melt in the microwave. Add the oil, and spices to the melted butter. Add the grated parmesan cheese add to the potatoes and stir well until all the potatoes are completely covered.

Spread potatoes out on the pan in four even flat piles.

Lay out the bacon on another tray.

Place both trays in the oven for 20-25 minutes, until the edges of the hash browns are nicely browned and the bacon is crispy and cooked.

When the hash browns are almost ready fry the eggs.

Serve the hash browns with the crispy bacon and fried eggs.