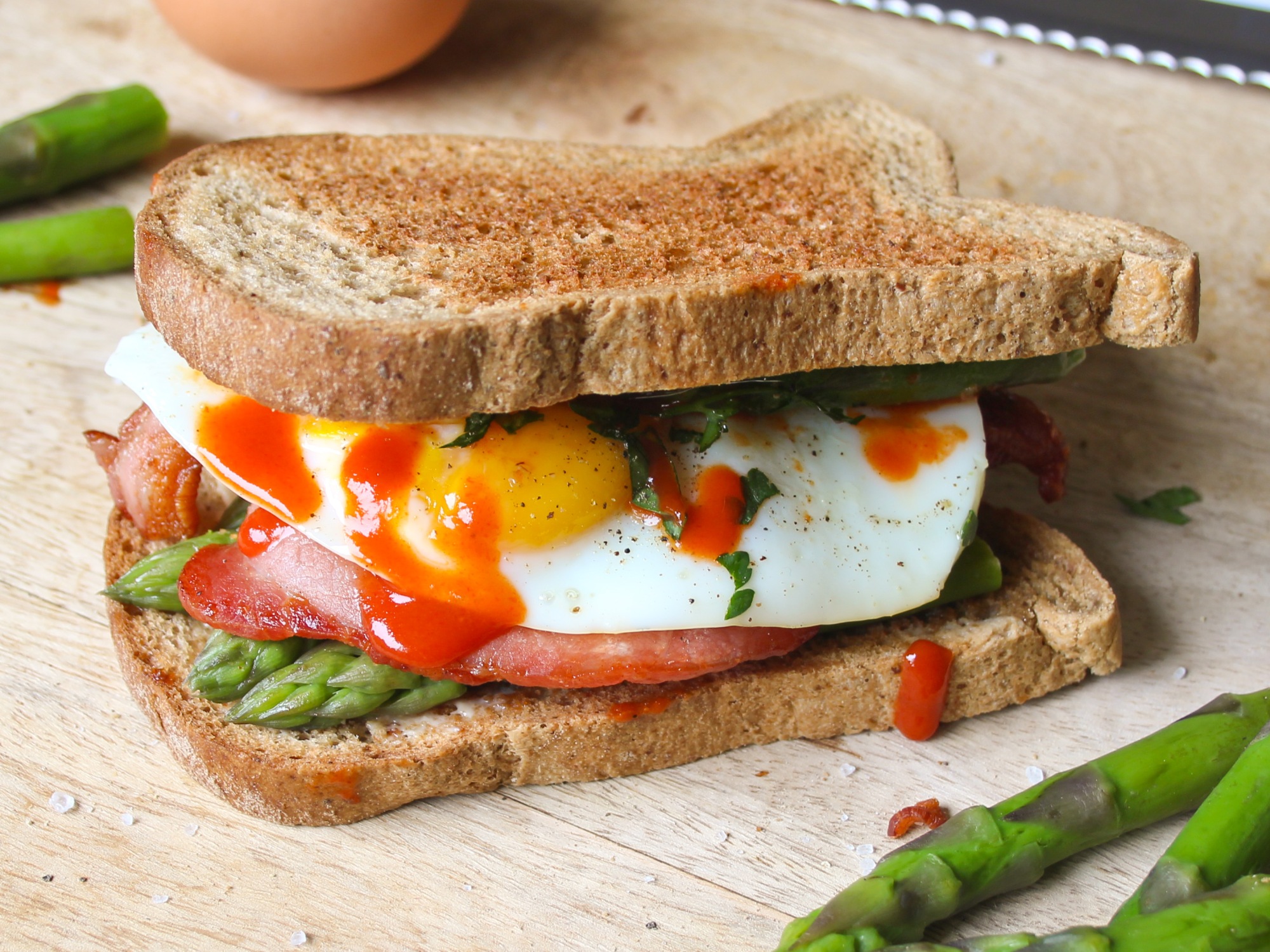 Even though i’m trying to be good at the moment, the weekend wouldn’t be the same without a  bacon sarnie. So I thought, why not, but i’ll try to make it a little healthier. We’re coming to the end of the British asparagus season so I thought it would be nice to make the most of it whilst it’s still about and use some in my sandwich. This also adds some healthy green into the mix, upping the health credentials of this sandwich. I’ve made this recipe healthier by blanching the asparagus spears, grilling instead of frying the bacon and removing the excess fat. I’ve still used butter though as I don’t like the taste of low fat spreads, they don’t melt properly on the toast and give it an odd taste. If you don’t like your sandwich spicy leave off the sriracha, although this is my absolute favourite hot sauce so I can highly recommend putting it on almost all foods!

Preheat the grill and lay the bacon out onto a grill tray. Place under the grill and cook for between 2 and 5 minutes turning the bacon halfway through cooking. Cook until the bacon is how you like it (I like it crispy) then place the cooked bacon between two kitchen towels and pat to remove any excess fat.

Whilst the bacon is cooking trim the asparagus spears and place them in a saucepan with boiling salted water for between 3 and 5 minutes depending on the thickness of the spears. When they are cooked drain them and set aside.

Toast the slices of bread in a toaster, when they pop up spread a little butter on each one.

Top two slices with asparagus spears, split the bacon between the two sandwiches and top with the fried eggs. Sprinkle over a little chopped parsley and add a squirt or two of sriracha. Finally season with salt and pepper top with the other slices of toast and serve immediately alongside a nice cup of tea. 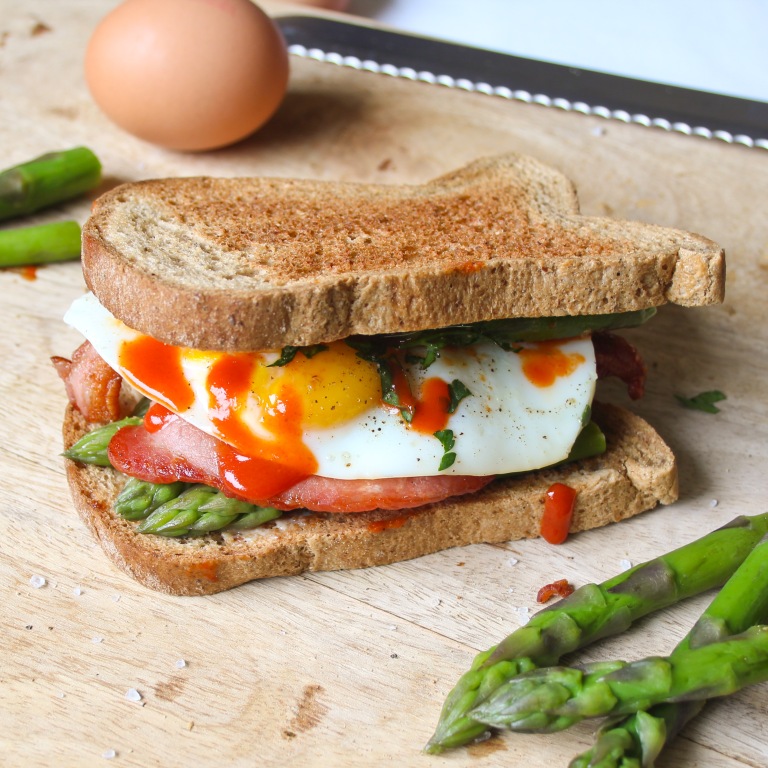